Working on a project at work, and I wanted to confirm using the term "The Old Country" in reference to Europe... Google led me to this.
Posted by Mr Furious at 9:05 PM 4 comments:

Labels: "So I tied an onion to my belt. Which was the style at the time...", awesome, hilarity 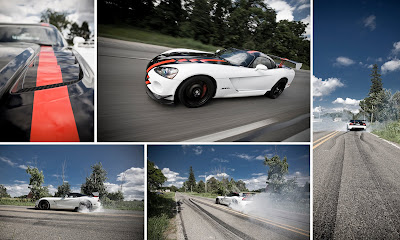 No time for a post, but thought some of you might enjoy some of the long-ago promised auto photography... Shot this on Wednesday.
Posted by Mr Furious at 12:08 AM 4 comments:

Things That Pissed Me Off

The last week or so has been a parade of outrage and bullshit that I've longed to blog about, but simply didn't have time. Here's a few, numbered for your commenting convenience.

1. BP CEO Tony Hayward made a strong DoW bid... I can't believe BP lets this jackass anywhere near a camera at this point. When he's not shamelessly—and transparently—lying, he's saying something unbelievably stupid. Multimillionaire oil executive Hayward stood in front of a camera on a Gulf pier and declared that "nobody wants this over more than me. I want my life back."

He was, of course referring to candidate for S.C. governor Nikki Haley, and inferring she is Muslim for the benefit of the mouth-breathers in that state. Haley is actually of Indian descent, and a Christian. Her parents are Sikh.

[Knotts] says her father walks around Lexington wearing a turban.

“We’re at war over there,” Knotts said.

One of President Palin's "real Americans."

3. Well, Arizona isn't gonna stand around and let South Carolina be the most repugnant, racist shithole in the country without a fight: In Prescott, AZ, things reverted back to the days of Billy Jack. A City Councilman with a radio show and a bunch of racist passersby bullied an elementary school into agreeing to "whiten" the faces of a mural depicting diverse faces of ACTUAL FUCKING STUDENTS IN THAT SCHOOL! While that mural was being painted, at times with the help of the kids themselves, they were actually heckled with the n-bomb and other slurs. Can we give that state back to Mexico already? (In the end, the school superintendent overruled the cowardly principal and the mural was unaltered—but this is likely only due to the national attention.)

And then there's Israel. But that's a whole other post. Or more.
Posted by Mr Furious at 9:09 PM 5 comments:

[HuffPo] Prepare to get your ass handed to you. While we're not sure what that actually means, we guarantee you that this guy is certainly capable of it. No description of his ability to rock will do this drummer justice - unless we simply write "amazing" over and over again. So we'll let the skins do the talking.


That clown from Cheap Trick is crying after watching this guy beat him at his own game.
Posted by Mr Furious at 2:21 PM 4 comments: