"Which wallet is yours, Mr. President?"

"The one that says BAD MOTHERFUCKER." 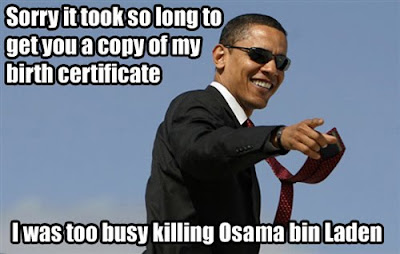 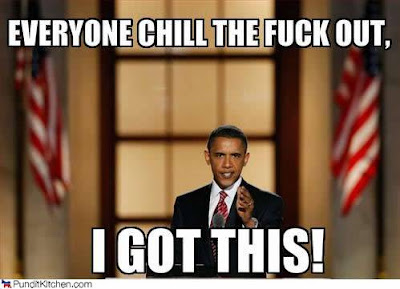 Labels: Getting the job done, hey FOX are ya gonna mix up the names today?

Dick of the Week: Make Way For Ducklings Edition

So what does it take to bring me back to the keyboard and start up the blog again after several months? (Not counting yesterday's post)

It take the actions of a complete asshole right here in my own backyard:

Dillon Robert Pearce, 19, of Ann Arbor was arraigned this afternoon at the Washtenaw County Jail on a charge of killing an animal.

Ann Arbor police said Pearce deliberately ran over the ducklings in the parking lot of the McDonald's at 2675 Plymouth Road, where he initially stopped to pick up food at 6:15 p.m. Monday.

Police said Pearce stopped at the drive-thru, when one of his friends got out and attempted to pick up a duckling. A duck and at least 8 ducklings had been walking in the lot, police said. Employees at McDonald's yelled at the man to stop, police said.

The man got back into the Hummer, which left the parking lot, pulling into an adjacent lot for about 15 minutes while the men ate their food, police said. Witnesses told police that the Hummer then returned to the lot and ran over four of the ducklings, police said. Police said Pearce drove away without stopping. Officers arrested Pearce at a nearby gas station after interviewing him and the two other men in the Hummer.

At his arraignment this afternoon, Pearce told Magistrate Thomas Truesdell that he planned to hire a private attorney. Truesdell set bond at $5,000 with the right to post 10 percent.

A preliminary hearing is scheduled for May 4. If convicted of the felony charge, Pearce faces up to four years in prison.

This kid has bad seed written all over him. Not only did he run over duckings in his Assholemobile, but he and his soulless cohorts sat across the parking planning this sick little escapade over their fries and shakes. Throw the fucking book at him. In fact, tack on some Federal Migratory Bird Act charges on top, and seize the Hummer for its use in the commission of a felony.

That might get this punk's attention. Obviously, his previous run-in with the cops didn't...
Posted by Mr Furious at 8:02 PM 6 comments:

Labels: animal cruelty, assholes, D.O.W., FUH2, Officer Michael from the book would like a word with this punk, punchable face

...that needs to be maintained even if the blog isn't...

It's the day after Easter, and you know what that means...