Again With the Mandates, Professor? 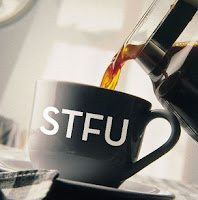 As long as Paul Krugman keeps cranking out these columns slamming Obama for failing to meet his progressivism double-standard, I'll keep telling him to drink up.

Yesterday, the good Professor again mounted his steed and aimed his lance at Barack Obama, in defense of Hillary's supposedly superior plan.

[...] Mr. Gruber['s research] finds that a plan without mandates, broadly resembling the Obama plan, would cover 23 million of those currently uninsured, at a taxpayer cost of $102 billion per year. An otherwise identical plan with mandates would cover 45 million of the uninsured — essentially everyone — at a taxpayer cost of $124 billion. Over all, the Obama-type plan would cost $4,400 per newly insured person, the Clinton-type plan only $2,700.

But wait, look closely—PK isn't comparing Obama's plan to Hillary's plan—he's comparing a plan of unknown similarity to Obama's plan with one that doesn't even exist—that same "Obama-like" plan, plus mandates—it's got nothing to do with Hillary's plan. I call bullshit.

And those per person costs are not per insured, they are per newly insured. So, they are wildly effected by the numbers enrolled, not actual costs. And how do this "research" conclude the differing numbers of newly insured?

It "assumes." In other words, makes it up.

[link] Professor Gruber writes: "In particular I assume that 95% of those who would not voluntarily choose to insure are forced to insure through the mandate."

Massachusetts has yet to enroll more than half the uninsured in it's mandated plan, so how does Gruber "assume" near-perfect enrollment? Especially considering Clinton has not given ANY indication yet how she plans to enforce a mandate?

Krugman goes on to make some more valid points about the politics of all of this, and yes, I wish Obama's plan was more aggressive—hell, I wish they were both talking single-payer—but I've read plenty of counterpoints that make Obama's plan seem every bit as viable as Clinton's, and they've done a better job of doing so without (that I can tell) making shit up out of whole cloth.

Quit with the fucking litmus test and the stretching the truth, Professor. It's speaks poorly of your "conscience as a liberal."

An additional critique on Krugman here. [via Sullivan]
Posted by Mr Furious at 1:55 PM

Labels: Hillary, Krugman, Obama, the needle on my bullshit detector is pinned, you're better than that

I don't know why Krugman, you or anybody should get all wrought up about comparing the two plans anyway. If Clinton or Obama becomes president, watch for advisors and Cabinet members' input to work changes before a health care plan goes to Congress.

Then, think of Congress as a giant blender, where what comes out will at most only vaguely resemble what went in.

The more I consider a mandate plan, the more problematic it seems. You've got some young guy, 21, healthy as hell, in his second or third job, making very modest money and barely able to share an apartment and put gas in his much-used car. His employer offers no health plan and he doesn't choose to shunt virtually all his discretionary-spending cash each month into medical insurance.

So, what is the government going to do, lock the guy up? I don't think so.

What I'm saying is, even if a mandated plan really is less expensive and more cost-effective on paper, which makes sense to me, the devil is in the big detail of getting everyone to honor the mandate. I doubt Hillary Clinton or anyone else really has a workable answer for that. Sounds as though Massachusetts sure doesn't.

BTW, I'm with you in favoring a single-payer plan. Just extract the money in a payroll tax, along with FICA, etc., and keep it simple.

I don't know why Krugman, you or anybody should get all wrought up about comparing the two plans anyway.

Hence my beef with Krugman. He is effectively stamping REJECTED on Obama and questioning his progressive bonafides by drawing these contrasts from plans that are neither detailed nor final.

Neither has explained specifically how much they'll cost, and Hillary has not explained her mandates at all.

Krugman has drawn a line in the sand and it is mandates. For that Obama is forced to pay his pound of flesh weekly it would seem.

I'm actually on the fence on this one as, like Obama, I'm not a fan of mandates. (What is it Atrios always says? "If you want everyone to have healthcare, give it to them.") On the other hand, Hmmmmm Kevin Drum and Ezra Klein are also on the professor's side here.

Here's where I stand, and this is NOT because of my Obama tilt.

Universal Healthcare is the goal. On this Obama, Clinton, Krugman and I all agree.

But prior to this election that is just not a reality. No matter what happens next will likely be an incremental step towards that. So getting bogged down in the details and differences now is pointless. Pointless for the campaigns, and especially pointless for guys like Krugman who are making this a litmus test.

The only way to have universal healthcare effectively is single-payer. Mandates won't work—it is packaging, NOT product. It allows Clinton (and Edwards) to claim universality and club Obama, when in fact NONE are universal as currently planned, and Obama's may very well be the better plan in practice (or not) but to label his as DOA at this stage is ridiculous.

Analogies to auto insurance are crap. You want to buy a car, you have to insure it. Fine. If you don't want to insure your car, than don't own one. This is not even close to a mandate that applies to everyone.

Everybody is screaming abbout Obama's homelessness analogy, when I find it more related to the issue than auto insurance.

The differences between the Democratic contenders on healthcare details and implementation pale in comparison bewtween the diffeneces is overall potential and electablity in my opinion, so making this primary about "single-issue politics"—this particularly as the issue—is fucking destructive and counter-productive to the greater cause which is getting the nominee most likely to mop the floor with John McCain and carry Congressional coattails.

Obama, for what it's worth, is really hitting those notes now. He is talking about the general election issues and McCain.

Listen to his speech from last night.

"So getting bogged down in the details and differences now is pointless. Pointless for the campaigns, and especially pointless for guys like Krugman who are making this a litmus test."

Agreed, and same goes for your final paragraph. I wish you could have his platform to make the point.

I wish you could have his platform to make the point.

Well, I did post it at his blog (minus the expeletives).